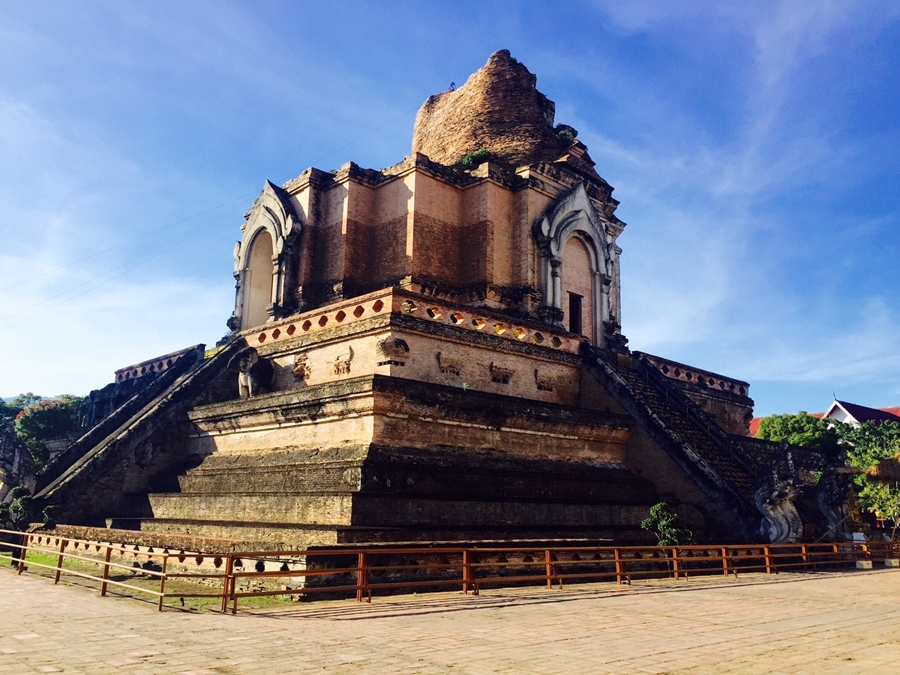 Located in the middle of the old city on Pra pokklao Rd. It was built in 14th century by King Saen Muang Ma, the 9th king from Mengrai dynasty.


At that time, the chedi was small. After the dead of King Saen Mueng ma, his son ,King Sam Fung Kan had finished it in 1438AD. The pagoda was 86 metres high and 54 metres on its base. It was determined to be the largest pagoda in Chiang Mai.


In 1441, King Tilokkaraj had enlarged the chedi again to 90 metres high and 70 metres on its base. Supported around the base with the elephant statues. This temple once was the place where the Emerald Buddha in housed here for 82 years before the earthquake in 1545 ‘d destroyed it as you’ve seen at present.


The Main Vihara ‘s the building where you can see the beautiful standing Buddha image named “ Phra Attharoj” with 8 metres high and the beautiful architect and Lanna – Thai design on the pillars in lacquer.


Near the main entrance, there’s a small building places the tutelary pillar ( Lak muang , Sao Inthakin or the city pillar).