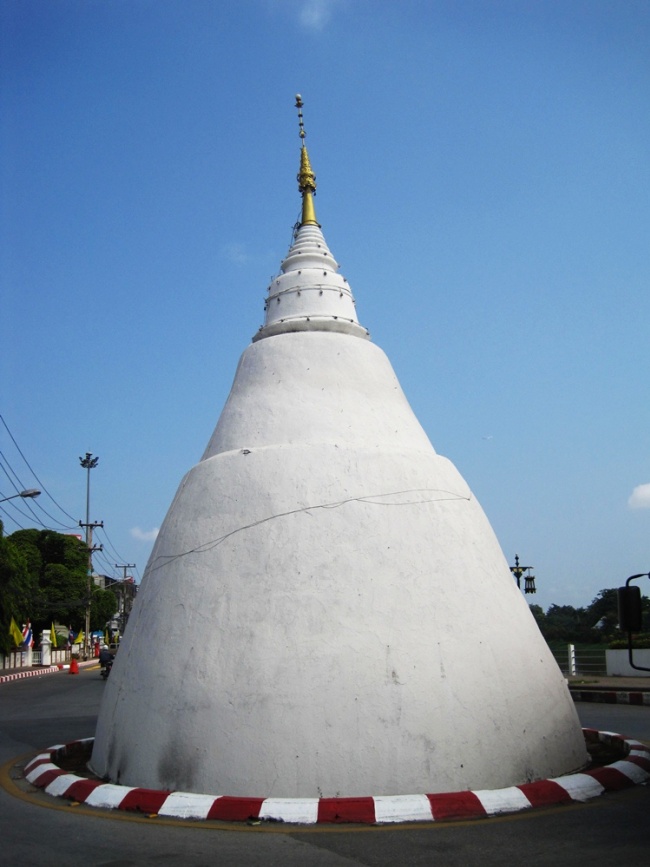 Long ago when Chiang Mai was not included in the Kingdom of Siam, the cities or dynasties always express their power by going into the battle where many times not intended to occupy the defeated but just power display. This caused death and sorrow. To mark the victory later the conqueror normally went in contest building the stupa at Wat Kootao for instance. Since the speed of fininshing the stupa building was only condition , so Chiang Mai built the stupa with bamboo beam structure and covered with the artistic and beautiful papers rather than bricks and lime by Burmese which was last longer.


Tree planting was one of the contest as we still can see from the Kaew Nawarat Bridge along the road from Lumphun to its border. The contest of power , wisdom as well as dignity was supreme significant at the time but perhaps ridiculously. . Once it was told that Chiang Mai went into the wisdom contest with a southern city by having a representative to drown in the water. The winner was one who could stay in the water longest.


The contestant from the south must have good experience in water because they lived just by the sea. Chiang Mai was the area loss of dignity . The last minute after long waiting, there was a brave man called “ Uncle Piang” who was rather slim and look unhealthy volunteered to join the competition. Upon the high light phenomenon of contest , both contestants from different ways of life style jumped into the Ping River.


Before he jumped , Uncle Piang knelt humbly with his plams together with the attitude of salutation to Buddha Pagoda at Doi Suthep amidst of cheers and shouts. Times passed , the silence came and all the audience held their breath with the great satisfaction but different wonders.


The cheers and shouts of joy broke again at Chiang Mai side when the southerner as the loser appeared to the surface and thereafter went back home, there gradually was the breathless silence covered the coast of the river. It was surely long enough that Uncle Piang did not come into the scene. Before the dark came the neighbor fellows found Uncle Piang tied himself to stump underneath the Ping River.


What a brave man Uncle Piang was. He knew that he could not survive under the water that long but the dignity of his homeland should last longer so that he did not want to appear at the surface as the loser.


His heroic heart was unique. Chiang Mai people then built a stupa to memorize his sacrifice at the coast of the river near the Municipality Hall.